During EUREC4A and ATOMIC the US agency NOAA operated a Lockheed WP-3D Orion research aircraft from the island of Barbados during the period Jan 17 - Feb 11 2020. The aircraft, known formally as N43RF and informally as “Miss Piggy,” is one of two such aircraft in NOAA’s Hurricane Hunter fleet. (The other is known as “Kermit.”)

ATOMIC included a cruise by the NOAA ship Ronald H. Brown (RHB). Both the P-3 and the RHB primarily operated east of the EUREC4A area (i.e. east of 57E), nominally upwind, within the “Tradewind Alley” extending eastwards from Barbados towards the Northwest Tropical Atlantic Station (NTAS) buoy near 15N, 51W. Many of the eleven P-3 flights included excursions to the location of the RHB and sampling of atmospheric and oceanic conditions around the ship and other ocean vehicles. Because of its large size and long endurance (most flights were 8-9 hours long) the P-3 was tasked with obtaining a wide array of observations including remote sensing of clouds and the ocean surface, in situ measurements within clouds and of isotopic composition throughout the lower troposphere, and the deployment of expendable profiling instruments in the atmosphere and ocean.

Most observations obtained from the P-3 are described in [PFB+21]. 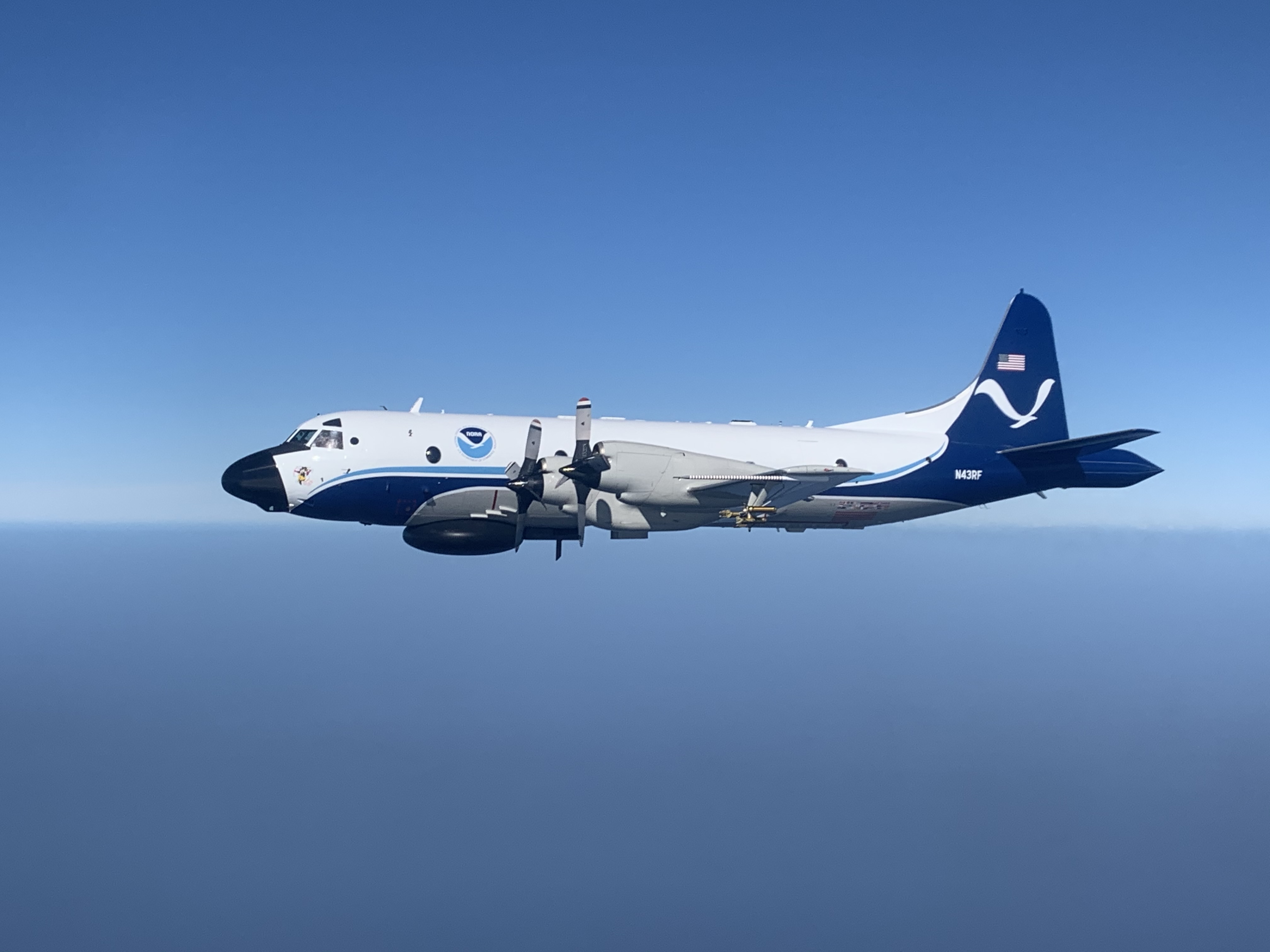