The Maria S. Merian is one of the research vessel deployed in the Atlantic Ocean during the EUREC4A campaign. The RV was equipped with stabilized Wband and micro rain radars, a water vapor raman lidar, a wind lidar, and a cloud kite for in situ measurements. Radiosondes were launched from the vessel during the entire campaign. All instruments and PIs are listed on the official eurec4a webpage.

During EUREC4A Maria S. Merian span a large region of ocean between 60 and 51 degrees W and 14 and 6 degrees N. 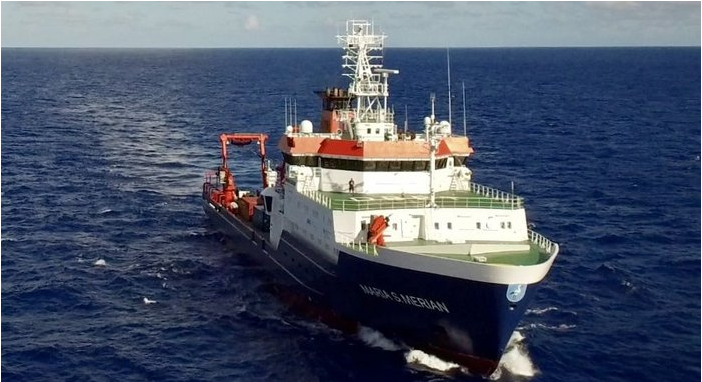